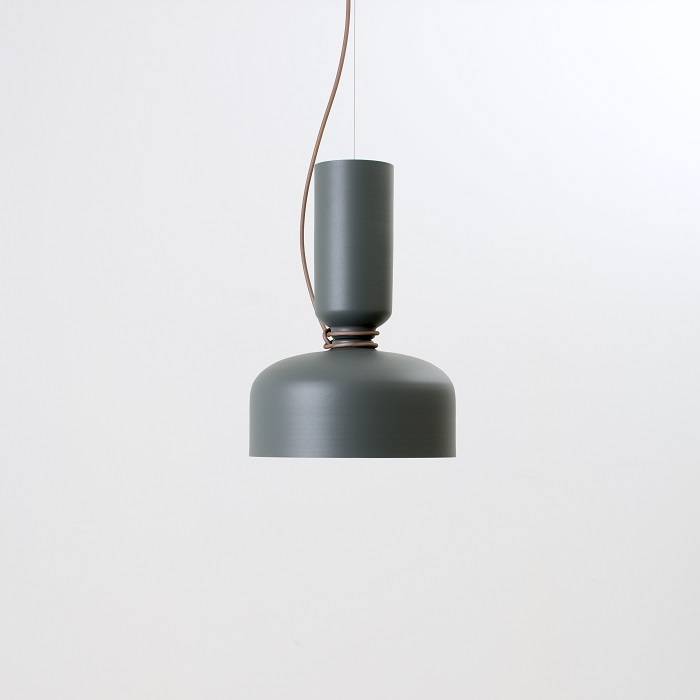 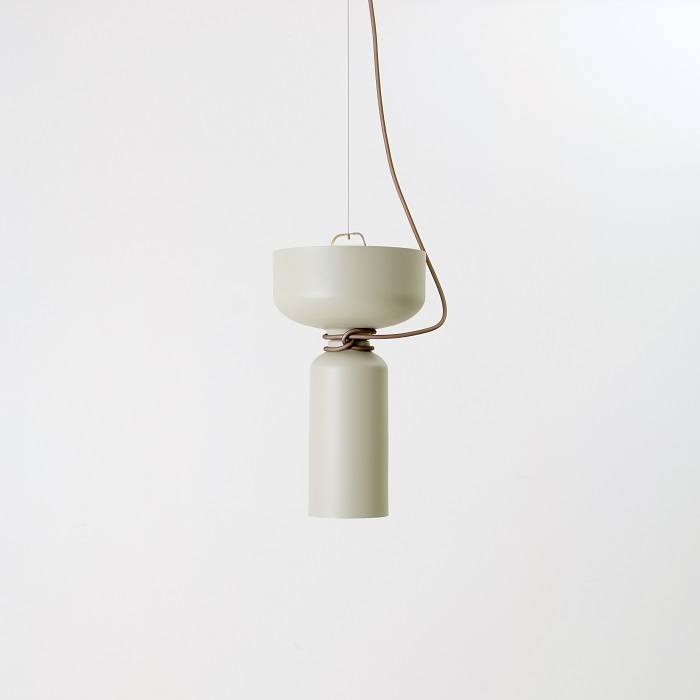 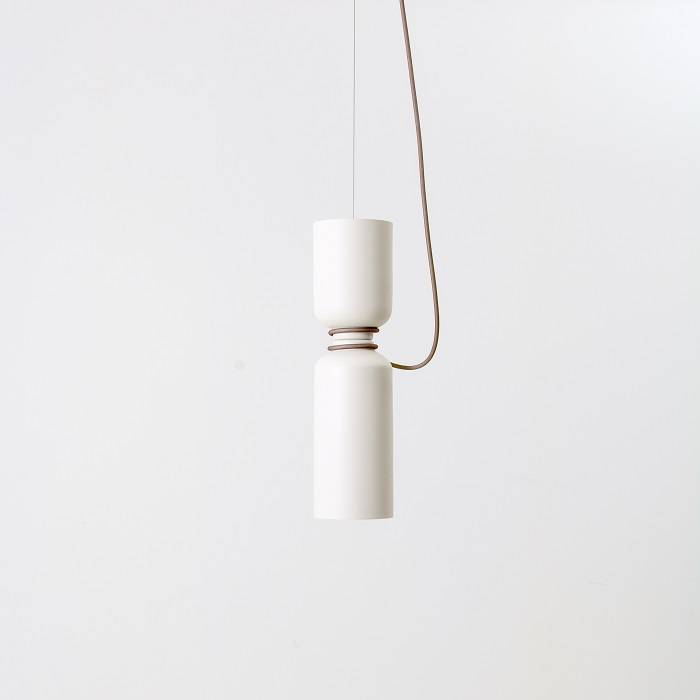 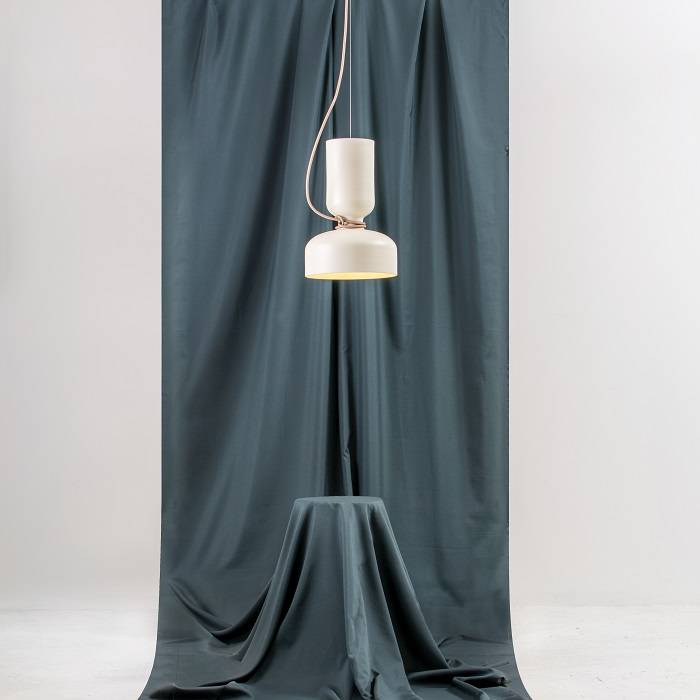 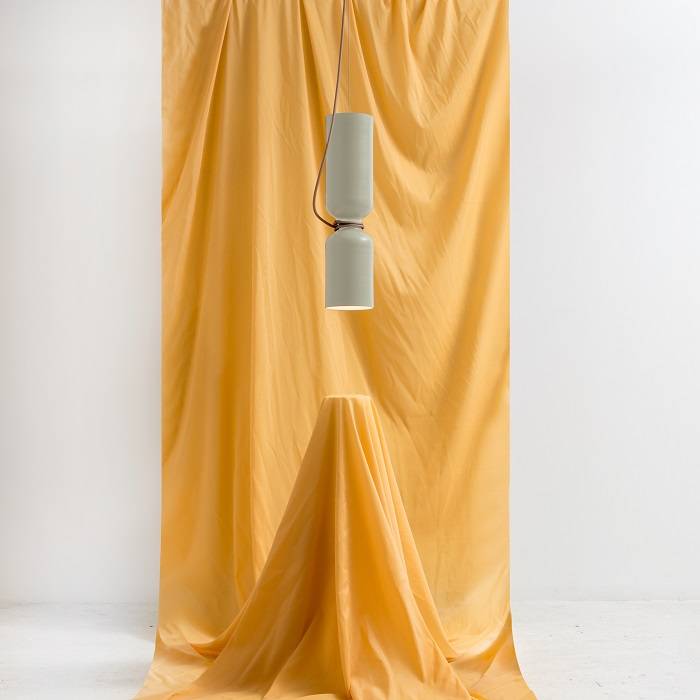 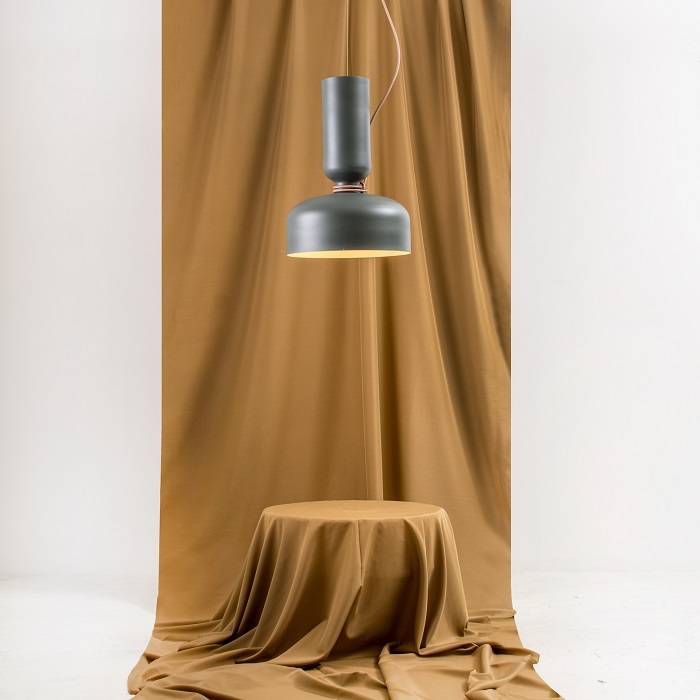 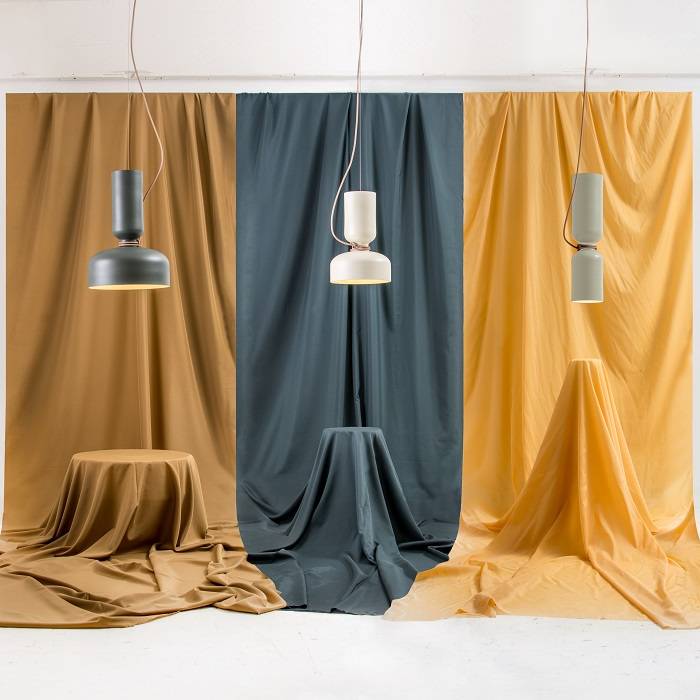 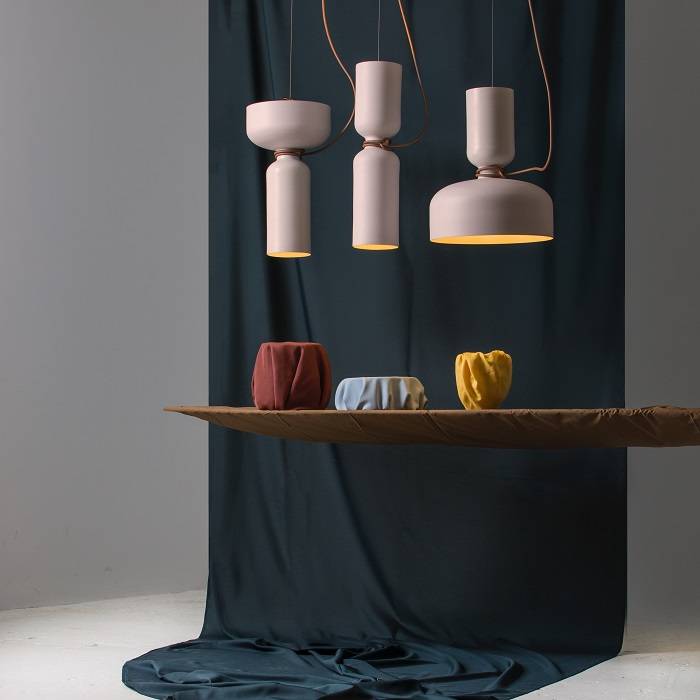 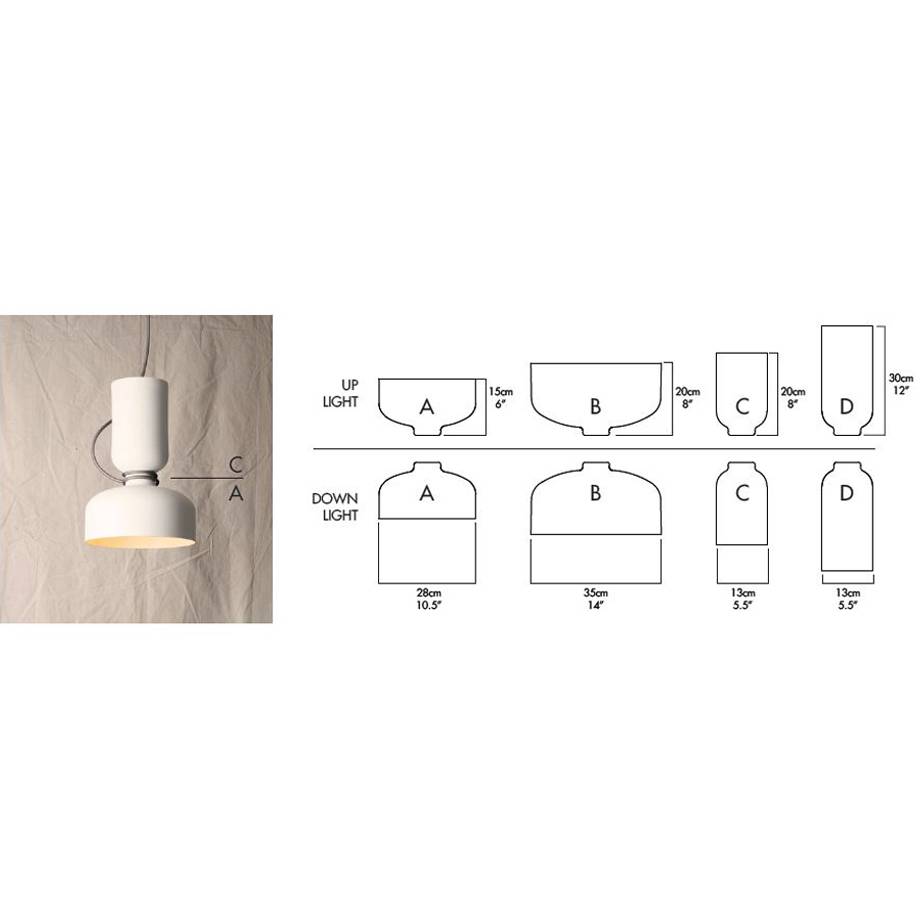 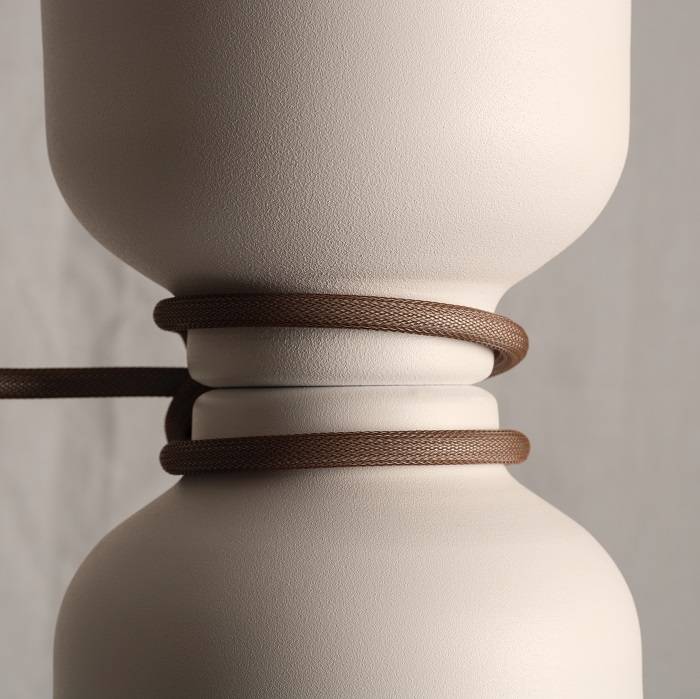 Originally designed by Lukas Peet in 2010, and inspired by spotlights, these pendant lights have an energy efficient LED globe light bulb at either end. One illuminates the ceiling and the other the floor. Available in any pairing of the four available shade sizes. The fixtures can easily be arranged in groups or on their own.

The surface is a textured matte powder coat, while the electrical cord wraps and knots around the fixtures midsection, communicating the restriction of the two joined halves. Hanging from a 1mm thick aircraft cable enables the electrical cord to swag to the ceiling, allowing the fixture to seemingly float in space. 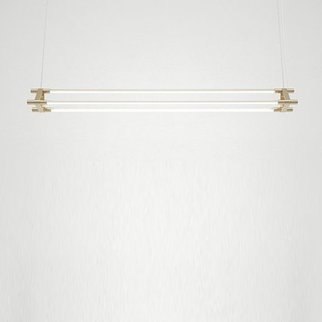 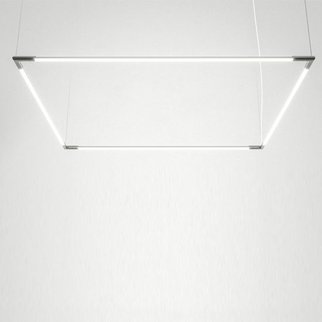 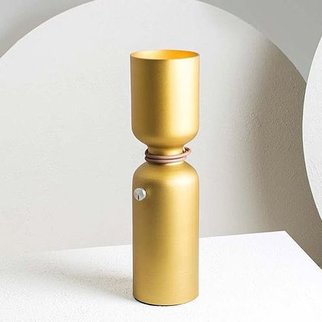