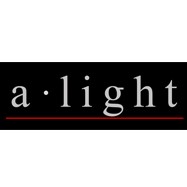 The overarching philosophy of a·light can be summed up into two design principles:
…form following light
This principle directs us to determine the most effective lighting solution for a given architectural environment. An optical platform is designed achieving the intended lighting effect, a minimal housing is developed to integrate the luminaire into the space.
…light following form
This principle directs us to consider the strongest architectural elements and design a mounting mechanism that is refined and completes the integration of the luminaire into the built environment. The luminaire contributes to the architectural intent, creating a pleasant and effectively illuminated milieu.